Poofter For Your Woofter 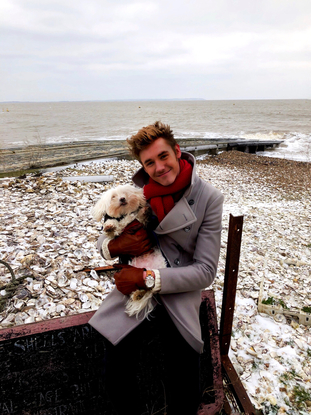 * The rates do not include Gudog's commission.

Request to Book
Send a message

Because every Toto needs a Dorothy👠

I’m a writer who’s recently moved from the countryside into the big smoke. I live with my boyfriend who doesn’t think it’s fair to have a doggo when we’re both working. However, I have days off each week and weekends off where I would be delighted to spend time and take care of your furry friend. Back at home, I had a Maltese called Milton who I miss dearly but still see regularly. I’m trustworthy, reliable, confident and kind-hearted and it would be a privilege to tend to your pooch’s every need and idiosyncrasy, so get in touch if you like what you’ve read here and would like a poofter to look after your woofter:)

As previously mentioned, I’m a writer who predominantly works from home so my availability is broad. Therefore, there will be lots of cuddles and contact time between me and your pooch. I live with my boyfriend in a two-bedroom semi-detached house so there will be ample attention and plenty of frolicks and fun to be had. There are no other pets or people. In the way of services, I offer dog walks between half an hour and an hour (up to three times a day depending on your dogs‘ physical needs). I offer dog sitting at my home or at yours and am happy to tailor the walking/meal/sleep schedule to your pets preferences.

I was brought up around animals and have lived with dogs all my life, including a Staffordshire bull terrier named Harvey and a Jack Russel called Scampi. Additionally, when travelling in South East Asia, I voulunteered in a handful of dog shelters in Vietnam and Cambodia which were aimed at rehabilitating and rehoming stray pups and those that had been saved from the dog meat trade. Here, I learned how to administer medication, canine CPR and basic first aid, as well as having to be considerate of all behavioural backgrounds and all tempraments. It follows that I’m familiar with different dog natures at all stages of their life and I hope that woof monsters will always be a part of my own even if I’m unable to take care of one permanently at present. I’m at my most happy when I’m looking after animals and am also an adaptable chap who would be willing to tailor time spent with your pups to their own special individual needs. I have a friend who’s a dog walker and the career always appealed to me - who wouldn’t love a job where you get to work with canine colleagues. I have frequently covered his dog walking duties, including sitting and walking and carrying in their pooch-pouch, four adorable pomeranians. Moreover, I recently dog sat two lovely labradors named Bailey and Amber for a family friend for whilst she was in America for two weeks. In this case, it was important that they were given their oral medication, fed and watered at the same time every day which reflects my dependable nature. (I took the chocolate lab, Bailey, for swim lessons once a week). Your best friend will be safe in my loving and loyal hands.

Since moving to London, I have taken care of a good boy, Cooper, an adopted Aussie/Vizsla mix for 2 weeks while his paw-rents were on a cruise. I made sure he had his nails tripped by a qualified groomer as per their request, made sure to stick to his strict diet and sent lots of pictures and videos of his day to day shenanigans to ease their minds while they were away. He came for sleepovers after the owners requested my sitting services once more a month afterwards as they were going away for their anniversary and were so pleased with my service before. I have also regularly walked two ex-racing greyhounds from Mile End, named Tripper and Hoya, necessitating cautiousness around squirrels due to their prey drive; day sat a big friendly Rottweiler with a limp, ironically called Bronson and an adorable starryjack called Bowie, as well as an incontinent whippet by the name of Seb. I also looked after a playful, energetic French bulldog named Draco for two weeks while his owner was on holiday. Whatever their story, your best friend will be safe in my loving and loyal hands. 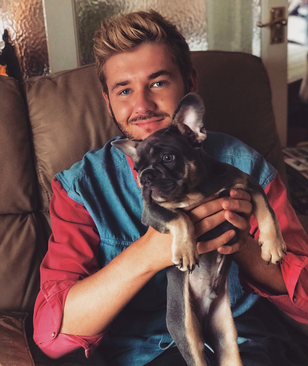 
Recommend this Dog sitter to your friends